*The Masuter and the 300W Spindle Kit will be shipped separately.

Absolutely love my machine! Fox alien has a great team with a great support group! Many thanks to Albee for providing the best service and being so kind🙏😸

I have used this product for little over a month, admittedly I also bought the 300w spindle, which makes a massive difference.

Likes: Build quality - a solid piece of machinery, I found it rigid enough for my purposes, the features are great: limit switches, 40x40 working area, controller, I even like the Nema17 steppers, for most applications they are going to be great and work well. The frame was sturdy, it would have been nice to have all metal, but that being said for the price I believe you get a lot for your money. Super quiet spindle, at least compared to my previous experiences with my former CNC. I could literally work on the computer next to it, without any issue.

Dislikes: From the get go everyone recommends fitting new belts, the steel core belts seem to be the best upgrade option. You may also want to upgrade the bearing in the z axis, personally I didn't see movement in mine, but I had planned the upgrade anyway, why not as it makes good sense and its a serviceable part.

The company: FoxAlien have been very responsive, I had an issue with a part and it was immediately replaced, kudos to them for that. I always believe that you can't judge a business until something goes wrong and for FoxAlien, they stood up and went the extra mile, so no worries there.

Now for the tough bit, personally I do not think the Masuter is a brilliant cnc, my opinion, and it is just mine, is that the belt drive is too unstable and prone to slippage, don't get me wrong I had some very good carves on this machine, but I also had a lot of wastage due to the drive belt slipping on the x or y. I should imagine that for a laser this is an absolutely perfect machine, the laser does not have resistance like carving in wood so it wouldn't be as prone to slippage, and I would bet it would be the perfect machine, especially as to upgrade the size would take nothing more than new larger aluminium v slot extrusions and you have yourself an awesome machine with great base tech.

I have not returned the machine and will not do so, I plan on converting it to lead screws and given the quality of the other hardware that comes with it I know that one day it will work flawlessly all the time, that being said my wife will want me to get rid, but I will resist at all costs as I like collecting cool gadgets and this is a cool gadget that looks cool and lets face it, with CNC's you can never have enough.

In retrospect if I was looking for a new machine again I would have chosen the 4040XE, it is a lot beefier and has a much better specification it comes with the bigger Nema 23 stepper motors, 300w spindle as standard amongst other things and for CNC work I think it would "cut the mustard" so to speak. For laser work, then the Masuter is your friend, relatively low cost, easy upgrade to bigger larger work area, some great tech and a good company behind it. 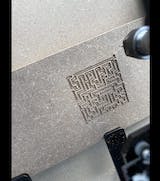 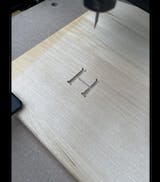 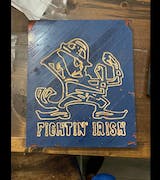 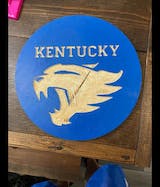 I just want to start by saying that the Masuter 4040 is a huge sigh of relief and upgrade for the home CNC user (aka me.) Don't get me wrong, I love my 3018, but this machine is HUGE compared to it. Let me start by saying that this bed allows me to work on projects that are much bigger in size. I no longer have to worry if a piece is too big to cut. Rant over on the bed size.

Assembly - The assembly of this product is quite simple. The instructions provided do a very good job at explaining where everything goes. Not only are the instructions detailed, but the components and wires are labeled in BIG letters and COLORFUL noted that explain exactly what needs to go where. The machine took me about 45-50 minutes to put together and it was mostly due to the fact that there were large pieces. This was put together by myself and no help.
I must admit the controller board is a bit intimidating with all the connections, but again, the instructions tell you where the labelled wires go. I am very surprised at how well each step is explained.

Understanding the controls - I am not a perfect person when it comes to using a CNC. It is perfect to see a Home button and Emergency Stop button. Also, limit switches. I cannot get over the fact that some companies do not put limit switches on their machines and I know some people don't really care for them, but it is a very nice touch for me coming from the 3D printing world. This machine comes with a Flash Drive that gives you the proper drivers needed for the Masuter (pretty sure someone else mentioned this in their review). Just click and download. Again, the software used for this is easy to use and if it isn't clear, it is written in the instructions. If you already have some knowledge of CNC machines, then you are good to go.

Rigidity of the machine - This thing is very sturdy. I do not understand why people are having issues with the gantry/x axis. The gantry came in sturdy for me. However, with every machine like this (cnc, router, etc.) there must always be some form of maintenance as wear and tear does occur.

If someone were to ask me what a beginner friendly CNC machine I would recommend, it would be the Masuter 4040. Attached is a picture of a cutting board I did for a friend. This is my first cut and the result is amazing. Seriously, if you are looking for a CNC, this is the way to go. 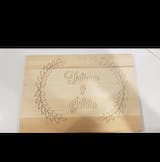 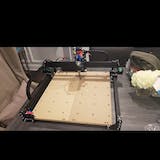 I think this machine is a worthy step up from the tiny sub $200 machines. The larger work area gives you a lot more options as far as what you can cut. The instructions for assembly need some work I think. Often I found I'd have to take the machine back apart and redo parts of the build because certain areas didn't line up. There's also not much in way of troubleshooting, as I experienced some issues with the machine binding up at it's axis and failing to complete a job. I even had to take apart the Z motor and service it myself due to a motor slipping issue. That being said, the parts here are all very high quality. I have big plans for this machine and I hope it continues to deliver nice cuts.

Just bought one with the 300w spindle. I'm super happy easy to use and very strong. fast response well built. Congrats. For the spoiled board I suggest comes in one piece instead of 2 boards. I strongly Recommend this machine.